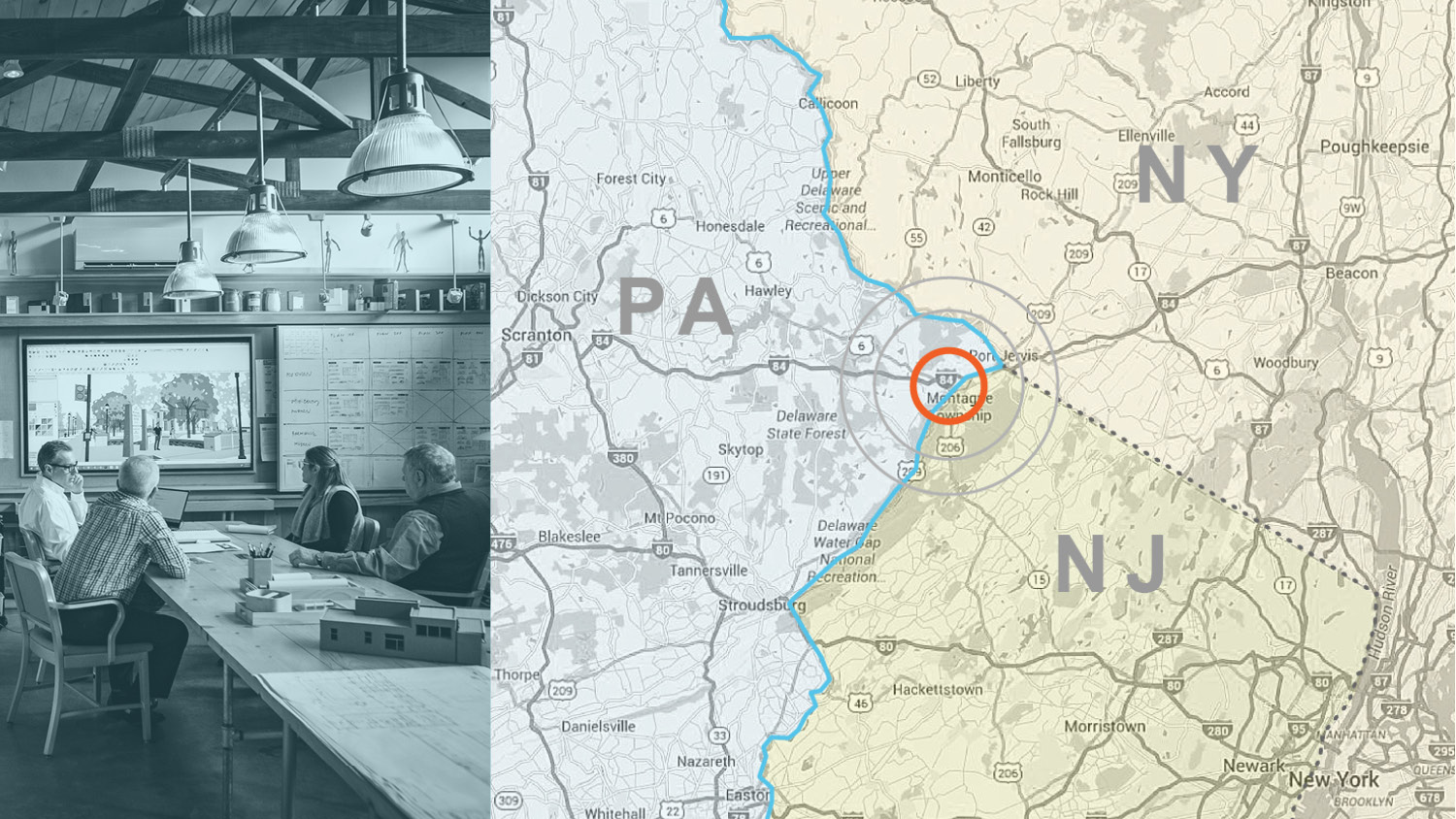 The RPA office is located in the historic village of Milford Pennsylvania along the banks of the Sawkill Creek. View location through Google Maps.

Email CV and portfolio to richard@richardpedranti.com 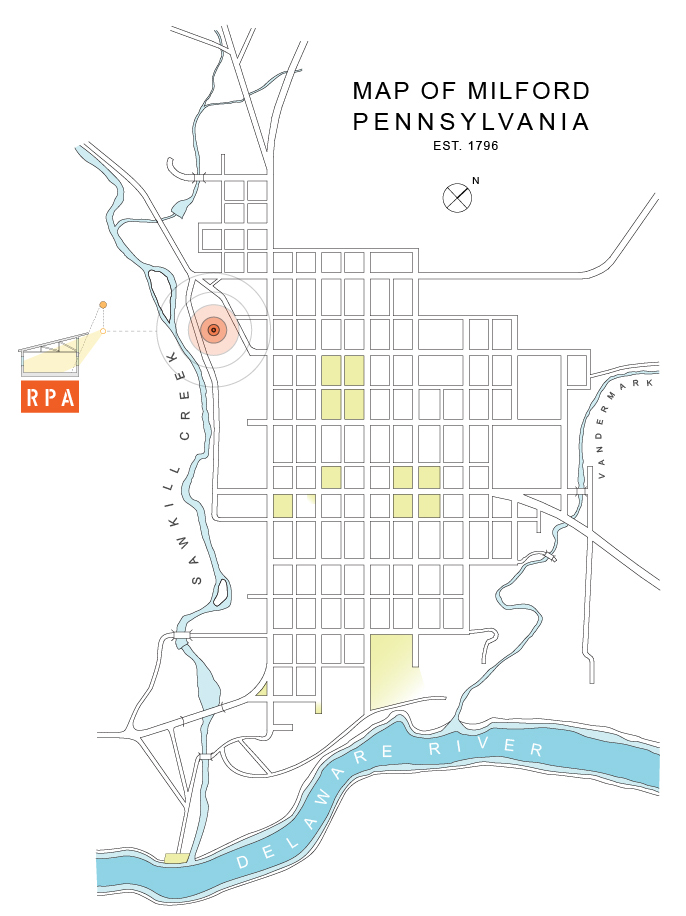 Milford Pennsylvania is a small town located in the northeastern corner of Pennsylvania along the banks of the Delaware River approximately 75 miles west of New York City and 130 north of Philadelphia. At the top of the Pocono plateau, the region is characterized by unspoiled wilderness including a national park, state games lands, rivers, lakes, waterfalls, and streams. For over a century urban dwellers have come to Milford seeking a retreat in the lush forests and open green space that abounds in the surrounding wilderness. The historic village of Milford is home to one of the greatest collections of small town American architecture in the northeast.

The original inhabitants of the Milford area were the Minisink clan of the Lenape people. The Dutch arrived in the mid 1600’s seeking precious metals. The English settled the area beginning in 1731, attracted by the Vandermark and Sawkill creeks as a source of power for mills. The land became part of Pennsylvania in 1737, swindled from the Minisink people in the infamous Walking Purchase.  The area was the frontier during the French and Indian war (1756-1753).

The town was formally laid out after the revolution by Philadelphia circuit judge John Biddis. The original name of the settlement was Wells Ferry, which judge Biddis renamed after his ancestral home of Milford in Wales. The community became a village in 1796 and was incorporated as a borough in 1856. 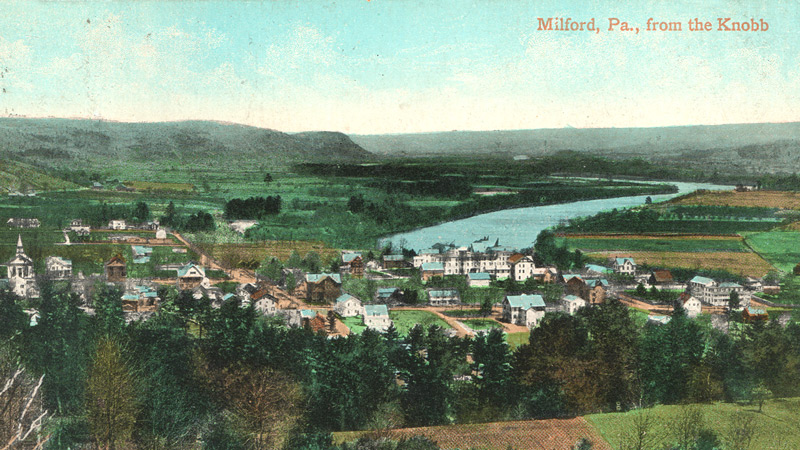 Constantine Pinchot and his son Cyrille, ardent supporters of Napoleon, immigrated to Milford from France in 1819 after the battle of Waterloo. Cyrille built a Federal style house in 1820 that is now the Milford Community House. His son, James, commissioned the creation of Grey Towers, a Richard Morris Hunt chateau on a Milford hillside in 1886. He established the Yale School of Forestry in 1901, building Forest Hall in 1906 for classroom and studios for friends from the Hudson River School of painting. James’ son Gifford Pinchot, founded the US Forest Service in 1905 and served two terms as Governor of Pennsylvania in the 1920’s and the 1930's.

By 1900, Milford’s many large hotels drew New Yorkers and Philadelphians escaping the cities summer heat. Milford was the setting for many silent movies in the early 1920’s. Charles S. Peirce, philosopher and founder of the American School of Pragmatism, lived outside Milford in the Mansion Arisbe until his death in 1914.

Grey Towers was given to the US Forest Service in 1963 and President John F. Kennedy spoke at the building’s dedication. Milford borders the Delaware Water Gap National Recreation Area, established in 1965, and administered by the National Park Service.