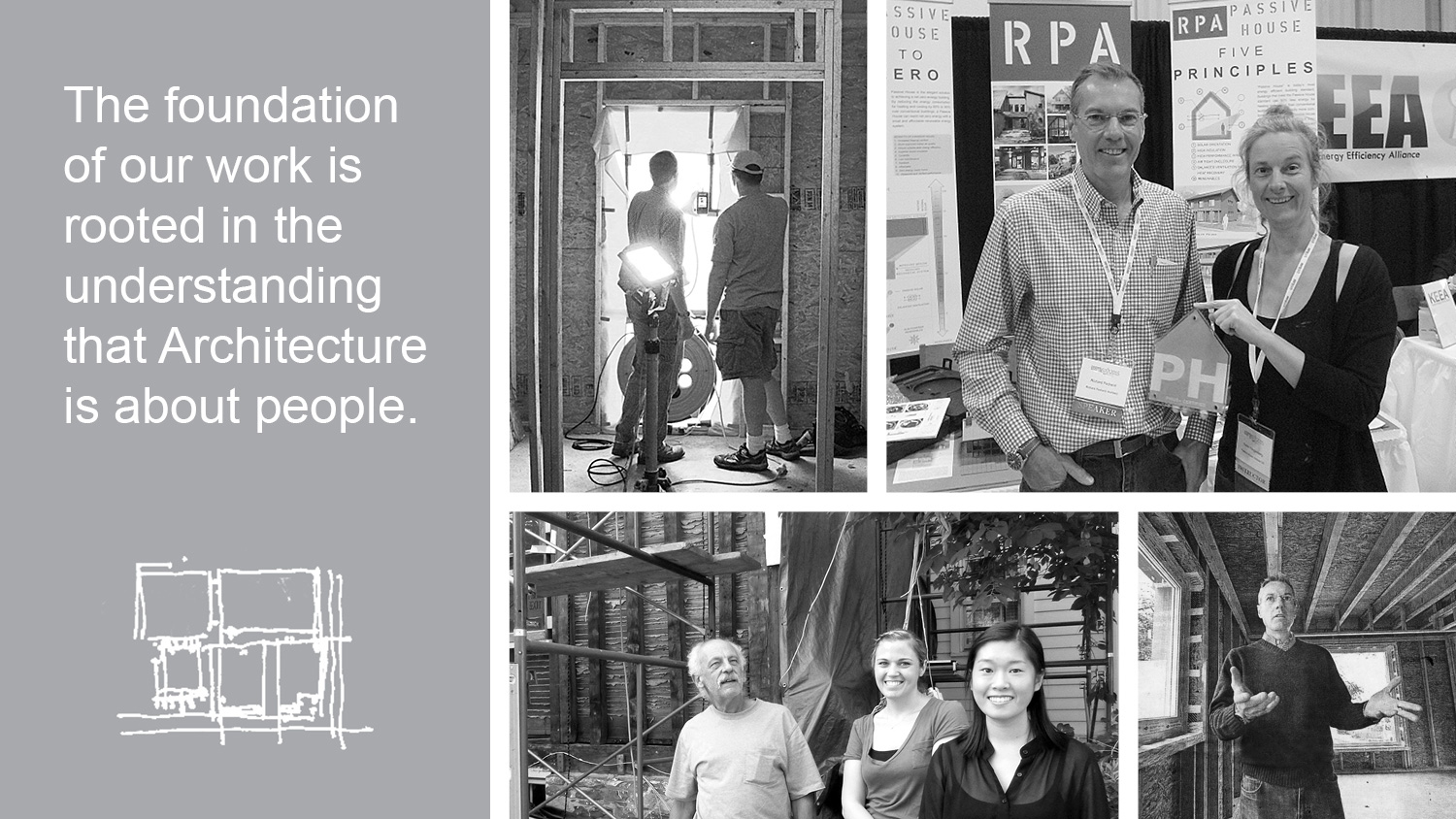 Richard Pedranti Architect (RPA) is a full service architecture firm serving the Upper Delaware River Region as well as Philadelphia and New York. Since 1998, we have been creating environments that combine our client’s unique values with the extraordinary natural landscape of our region. Located in the historic village of Milford, Pennsylvania, RPA specializes in Passive House and high performance buildings putting modern building science to work creating beautiful, healthy, comfortable, and energy efficient buildings. 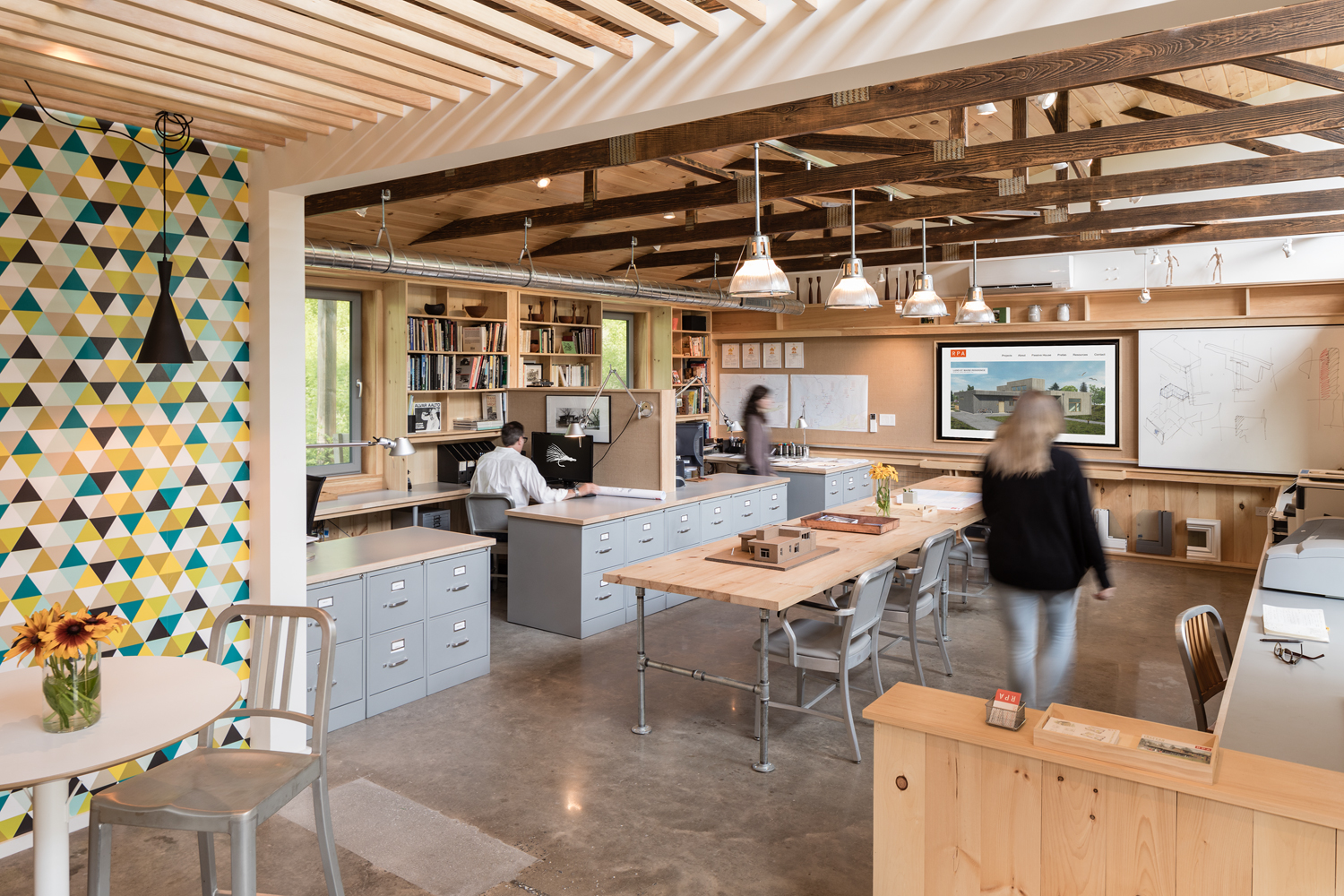 The foundation of our work is rooted in the understanding that Architecture is about people. Our clients drive our process. RPA aggressively pursues the partnerships necessary to create buildings that bring joy to their inhabitants.

We strive for simplicity and clarity in our work. Our innovative and elegant design solutions are without stylistic preconceptions and are as unique and diverse as our clients.

We understand designing and constructing successful buildings is a collective effort. RPA brings our clients together with select consultants and partners to create a collaborative design process. Active dialogue from beginning discussions through final construction ensures an outstanding outcome. 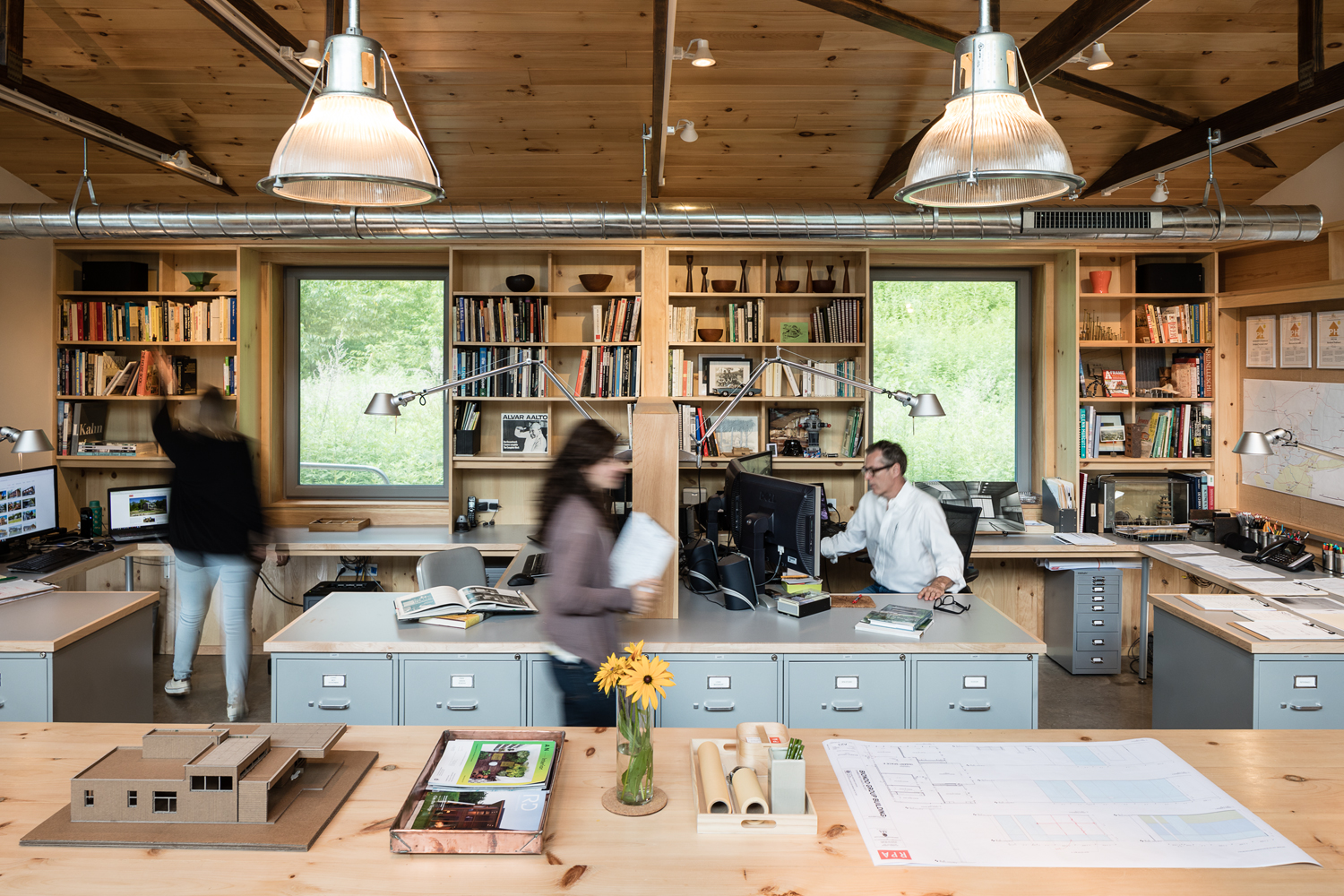 Our objective is carefully connecting people’s lives with their place. Most of our projects begin by walking the site with our clients. This is an essential first step in creating fundamental connections between the project brief and the site. By identifying site conditions such as solar orientation, views, and landscape characteristics we are able to discover the “essential nature” of the place. The building form grows from these underlying qualities and ensures that each project achieves a unique unity of climate and form.

RPA is committed to being at the forefront of sustainable building practices. By incorporating building energy performance standards, we develop timeless architecture that offers unparalleled comfort, while being cost effective, light on resource consumption, and beneficial to the environment. We specialize in Passive House design, engineering, and construction. Passive House offers today’s most advanced technological approach to creating responsible, comfortable, and healthy buildings. 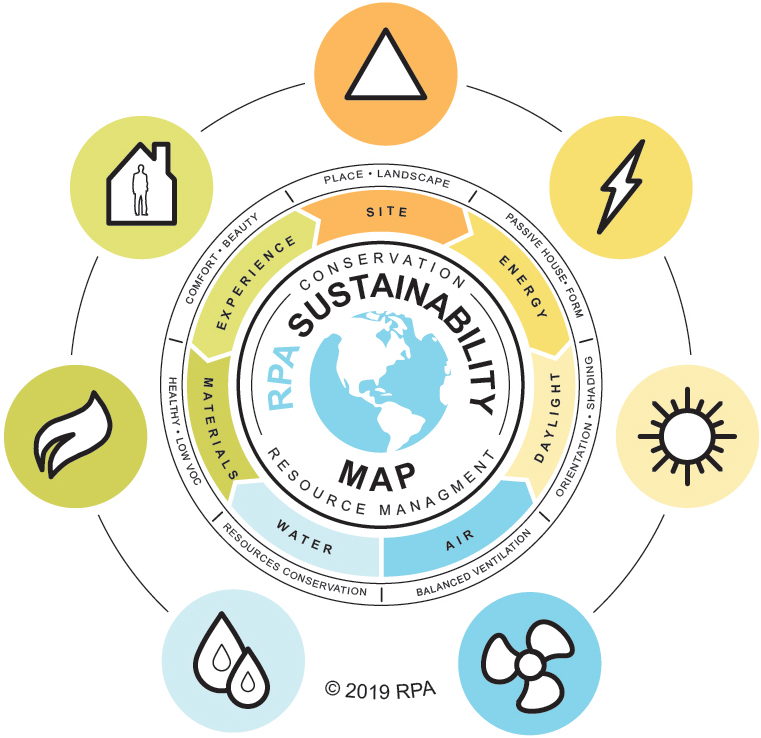 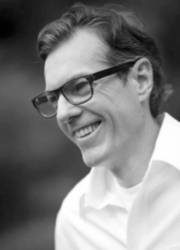 Richard Pedranti earned his Bachelor of Science, Major in Architecture, from Pennsylvania State University in 1987 which included time abroad at the University of Florence in Italy. Throughout his early architectural education, Pedranti also undertook studies at Pratt University and Cornell University spending summers as a framing carpenter and drafting at regional architecture firms including Peter Forbes Associates in Boston widely respected for its residential modernism.

To continue his formal education, Pedranti selected the Graduate School of Design at Harvard University because of its dedication to teaching the doctrines of modern architecture. There he studied under some of the world’s leading modern architects receiving a Masters of Architecture in 1990.

Upon completing his Masters, Pedranti was recruited to New York by Rafael Vinoly Architects, one of the leading modern architects of our time. While with Vinoly, Pedranti was selected to lead a team of 30 employees that delivered an essential component of the Tokyo International Forum a $2.5 billion building. After completing the Tokyo Forum, Pedranti moved to WPG Design also in Manhattan to expand his practical experience in interior design. There he served as the project manager on the Bloomberg LP account, overseeing the construction and renovation of 5,000 square feet of office space including the Charlie Rose Production Studio.

Prior to founding his own firm in 1996, Pedranti spent two years with Stephen Tilly, Architect a well-respected residential architect in West Chester County, New York. There he applied his collective experience designing several residences and a center for reproductive medicine in Brooklyn, NY.

Richard Pedranti Architect was begun in the Meat Packing District in the Lower West side of Manhattan. Licensed in Pennsylvania, New York State and New Jersey and member of the American Institute of Architects, Pedranti specializes in energy efficient residential and small commercial projects in Northeastern Pennsylvania, New York City, and Philadelphia with a particular focus on Pike County projects.

Pike County, PA Native and Resident
Pedranti was raised in Pike County, Pennsylvania. Pedranti spent his formative years in the Delaware Valley School District and was raised in one of the great homes in Milford Borough, a grand Mediterranean Villa on High Street. He traces his early passion for design to the rich architectural legacy in the area and much of his continuing inspiration to the area’s scenic natural beauty.

After completing his time at Harvard, Pedranti made New York City his home for many years. Like so many in Pike County, Pedranti was drawn back to the banks of the upper Delaware River to establish a second home outside of New York City. He is a dedicated member of the community and recently received the Paul Harris Medal of Honor, the highest honor for public service, from Milford/Matamoras Chapter of Rotary International for his contributions to a project to commemorate the centennial anniversary of Rotary International.

An avid organic gardener and amateur horticulturist, Pedranti designed and established both home and garden on the edge of Milford Borough on the Sawkill Creek in the shadow of The Knob. He was married at this home in 2001 which now serves as the couple’s primary residence and the main office for his firm, Richard Pedranti Architect. The couple also keeps a secondary residence in historic Society Hill of Philadelphia.

When he isn’t traveling between Pike County, New York City and Philadelphia, you can find this perpetual outdoorsman and dedicated environmentalist fly fishing the Lackawaxan; kayaking the Delaware River and its tributaries; and on hot summer afternoons, returning to the swimming hole of his youth, in the Sawkill Creek at The Glen in Milford. An avid cyclist, Pedranti regularly turns hundreds of miles through Pike County’s scenic roads and mountains. 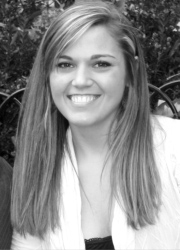 Michelle earned her Bachelor of Science in Architecture from Temple University in May, 2014. Shortly after, she was offered the opportunity to work with and continue learning studio professor, Richard Pedranti and join his efforts in the Passive House movement. While at Temple, Michelle became increasingly intrigued by residential architecture, interior design, and photography. Her studies took her abroad to Rome, Italy during her junior year, where her appreciation for reclaiming materials and architecture deepened.

Working for Richard Pedranti Architect, Michelle was exposed to the concept of Passive House and completed the rigorous classroom training and exam. Michelle is now a Certified Passive House Consultant (CPHC).

Michelle is equally excited to be returning back to her roots in Northeast, Pennsylvania where her passion for design originated. She has particularly appreciated experiencing how RPA has applied Passive House in her own backyard. 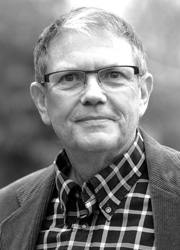 Ed Brannon is an Associate of RPA who shares commitment to our mission and values. He brings another perspective to our team, and adds a depth of knowledge in environmental management and landscape design.

He is an award winning professional in landscape planning and management, forestry, and environmental planning. His current work involves helping property owners plan and manage their land and forests to maximize enjoyment and environmental health. He is a Senior Fellow of the Pinchot Institute for Conservation and is a holder of the prestigious Pinchot Medallion. He is a Senior Fellow of the Forest History Society, a Director of the Historic Preservation Trust of Pike County, and Peters Valley School of Craft.

During his professional career in Forest Conservation, he served as a landscape architect, forest planner, and senior leader for the US Forest Service, ending his public service career as Director of Grey Towers National Historic Site. Ed lectures widely on forest conservation and history, held a faculty appointment as lecturer in landscape architecture at Rutgers School of Biological Sciences and the Environment, Senior Faculty Fellow at the Yale School of Forestry and Environmental Studies, and as a landscape design and planning consultant with Brannon & Associates, Inc. in Milford, PA. Ed is a graduate of Rutgers University in Landscape Architecture and a MS in Geography, his MPA from Harvard University, and studied leadership at the Yale School of Forestry and Environmental Studies.

Ed and his wife Kathe live in the scenic upper Delaware River Valley in Milford, PA. He is a historian, woodturning artist, naturalists, and outdoors enthusiast. 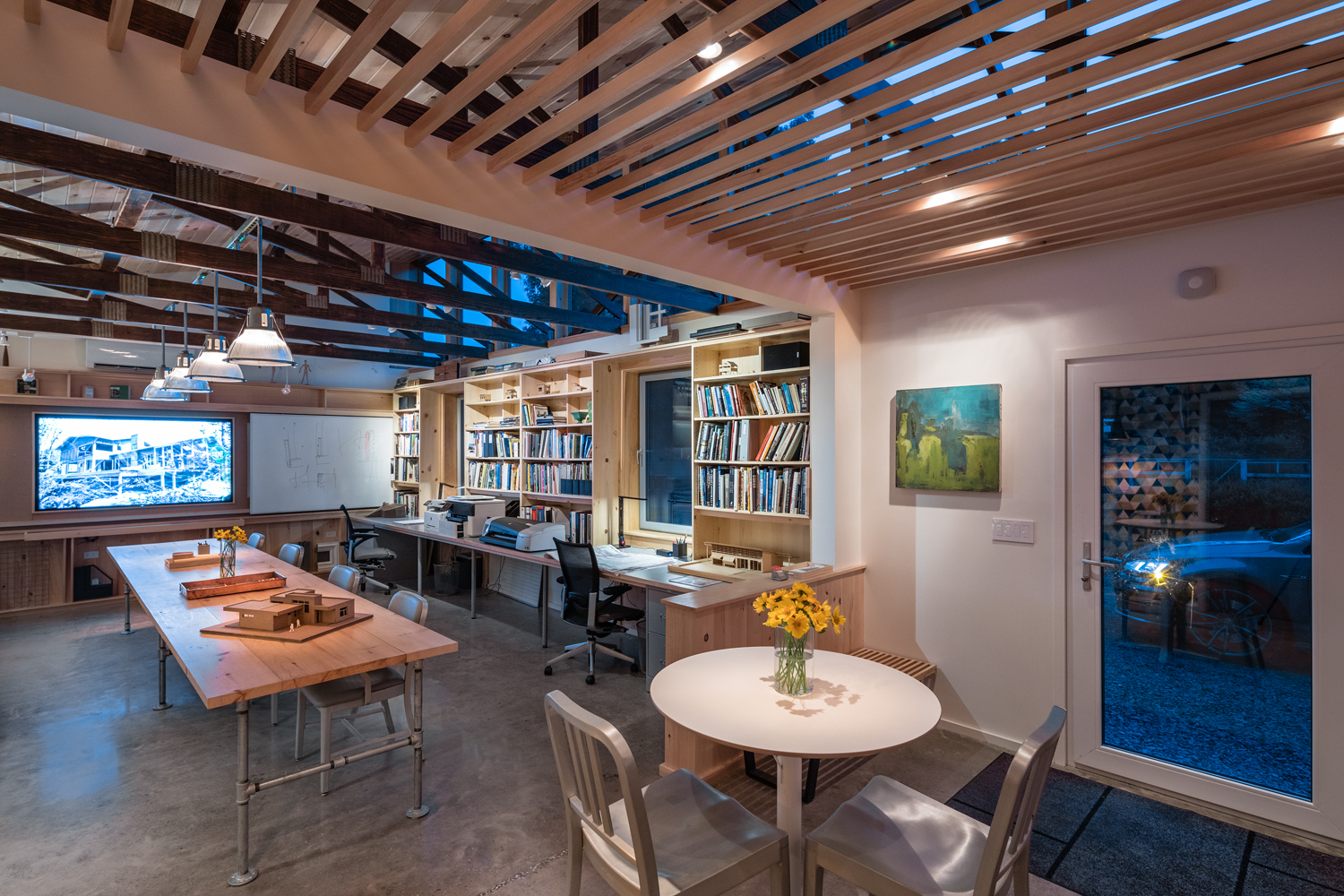 Certified HERS rater through RESNET

Adopter of the 2030 Challenge