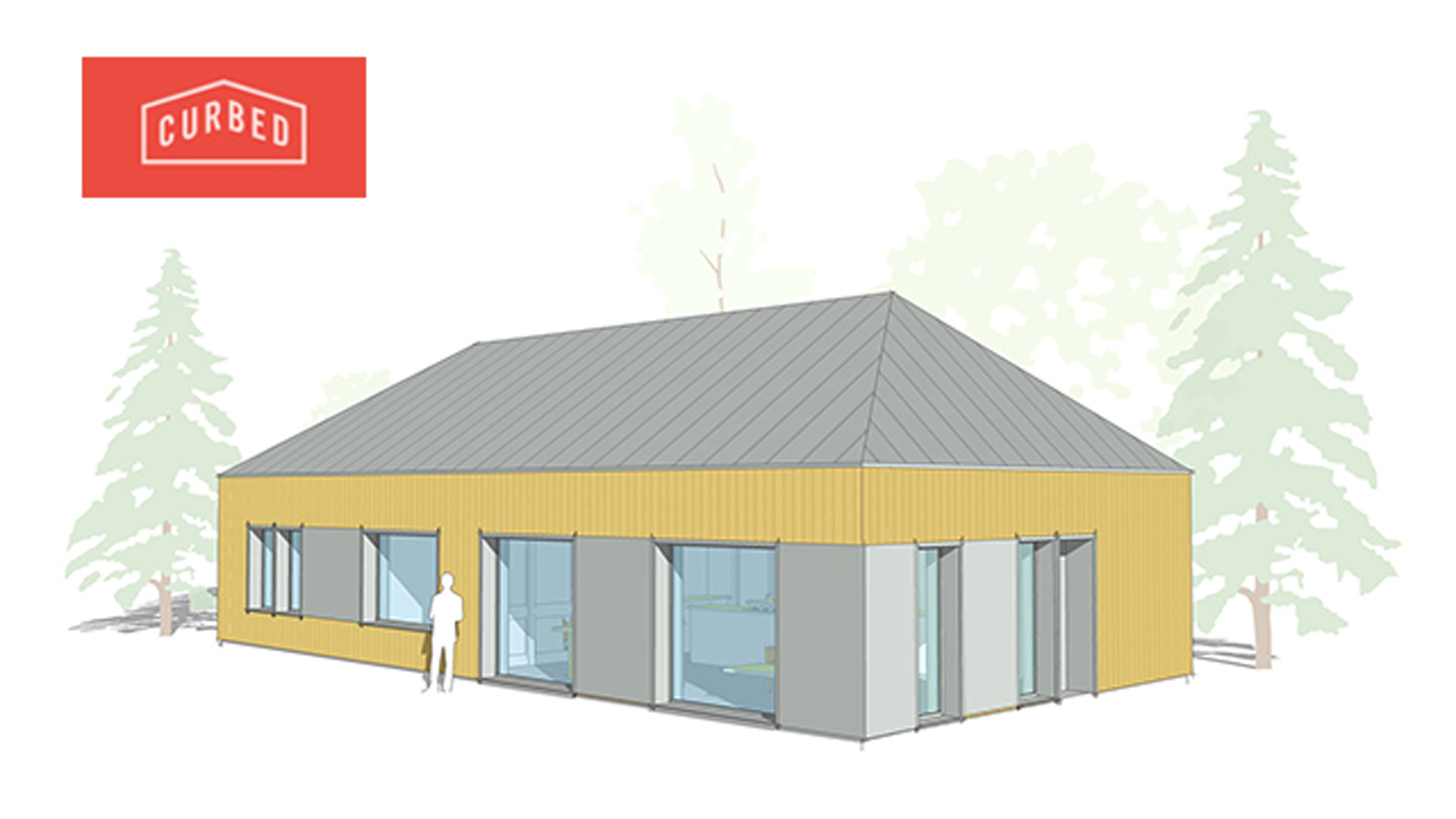 The passive house movement, which promotes ultra-efficient building standards as means to reduce energy usage and create healthier, cleaner homes, has slowly gained a foothold in the United States after being imported from Europe. A new company in Maine hopes to speed up adoption with the only certified passive house prefab factory in the states.

Ecocor will offer 11 different homes, all of which meet the rigorous Passive House Institute standards for energy efficiency. Designed by Richard Pedranti Architects, each design will be built in the company’s 14,000 square foot panelizing shop in Searsmont, Maine, using equipment imported from Sweden. The entire range of prefab passive homes, from a small cabin for $140,000 to larger residences, including a four-bedroom home for $484,000 (additional delivery costs aren’t included). As the company grows, cost will come down and make the buildings more affordable to a mass audience.

“We’ve been building homes in the U.S. the same way we built them right after WWII,” says EcoCor owner Chris Corson. “It’s not a good product, and the entire market has been built on the premise that we should deliver the lowest possible quality product with the maximum profit for the builder. We want to change that by delivering a higher quality building.” That change Corson seeks includes more efficient creation and construction, since panelized, centralized assembly in a factory significantly cuts down on the excess waste found on construction sites.

“We view this as the highest form of construction practices available today, which performs three or four times better than what’s required from existing building codes,” says architect Richard Pedranti. “Chris and I looked at the market, and tried to respond to what the market wants. The design of these model homes, on other words, is an attempt to build a house for everybody.”

First discussed as a potential business idea three years ago, the passive prefab concept evolved in part from Corson’s experience building standard passive homes on site, and the difficulties inherent in that process. He believes the factory, which currently has the capacity to churn out roughly 20 homes a year but can quickly ramp up, can overcome many of the challenges of passive house construction, and over time, make a premium product more affordable.