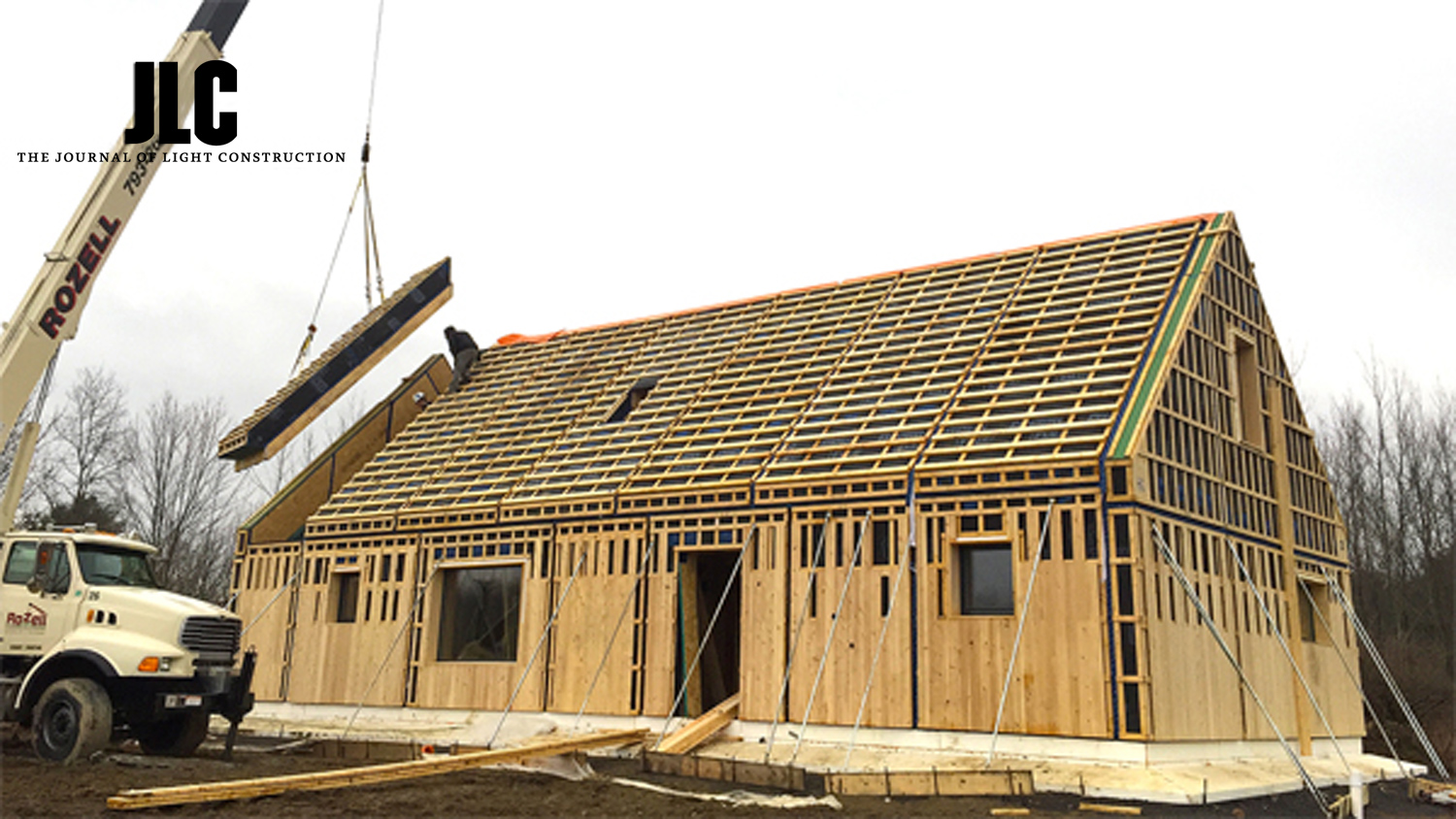 The Journal of Light Construction

When JLC first encountered Passive House builder Chris Corson of Belfast, Maine, back in 2011, Corson was working on his first Passive House, and his most advanced piece of equipment might have been the refrigerator dolly he was using to roll himself around the foundation slab to snap layout lines after wrecking his knee in a soccer game. That project, besides resulting in Maine’s first certified Passive House, also resulted in a two-part JLC article describing Corson’s innovative wall system, based on a sheathed 2×4 frame packed out with an insulated blanket framed up with exterior-applied wood I-joists (see: “An Affordable Passive House – Part 1,” and “An Affordable Passive House Part II,” by Chris Corson).

What a difference six years can make. Since that bootstrap start in 2011, Corson and his company have systematized the wood I-joist wall concept, incorporated advanced membranes and tapes into the advanced assembly, and invested tens of thousands of dollars in high-tech equipment to panelize Passive House designs into packages that can be built in the comfort of a factory, then trucked to a site and erected in less than a week — and in many cases, in just a single day.

The gear on the shop floor is the muscle. In the office upstairs from the factory are the brains and nervous system for the operation: there, design draftsman Gregory Buzzell sits at his work-station and converts architectural drawings to piece-by-piece instructions for the CNC equipment that measures and cuts thousands of individual parts for each house. At the construction tables, all the crew needs to do is read the instructions and assemble the wall or roof panels.

Last year, EcoCor shipped and stood 7 house packages. A new website, featuring model home designs created by architect partner Richard Pedranti, is attracting inquiries from as far afield as California and Hawaii. In 2017, Corson says, he hopes to step up production to 10 homes; demand is running strong enough that he’s considering adding a second shift at the panelizing facility. Long run, Corson is hoping to distribute prefab house shells across the United States through a nationwide network of builders. “After we hit 12 packages a year,” he said, “we’ll be ready to grow.”

Next year, EcoCor’s going international: Corson has agreed to panelize a demonstration house for a Canadian team from McGill University and Concordia University that’s competing in Solar Decathlon China, scheduled for 2018 in the city of Dezhou, in China’s Northwestern Shandong province. “We’re going to panelize their design, ship it to the mall at McGill, set it up for display there, then take it apart, ship it over to China, and go over there and stand it up again, and it’s going to be a home for a Chinese family,” says Corson.

See this article on http://www.jlconline.com/how-to/framing/passive-house-panelizer-pushes-the-tech-envelope_o.