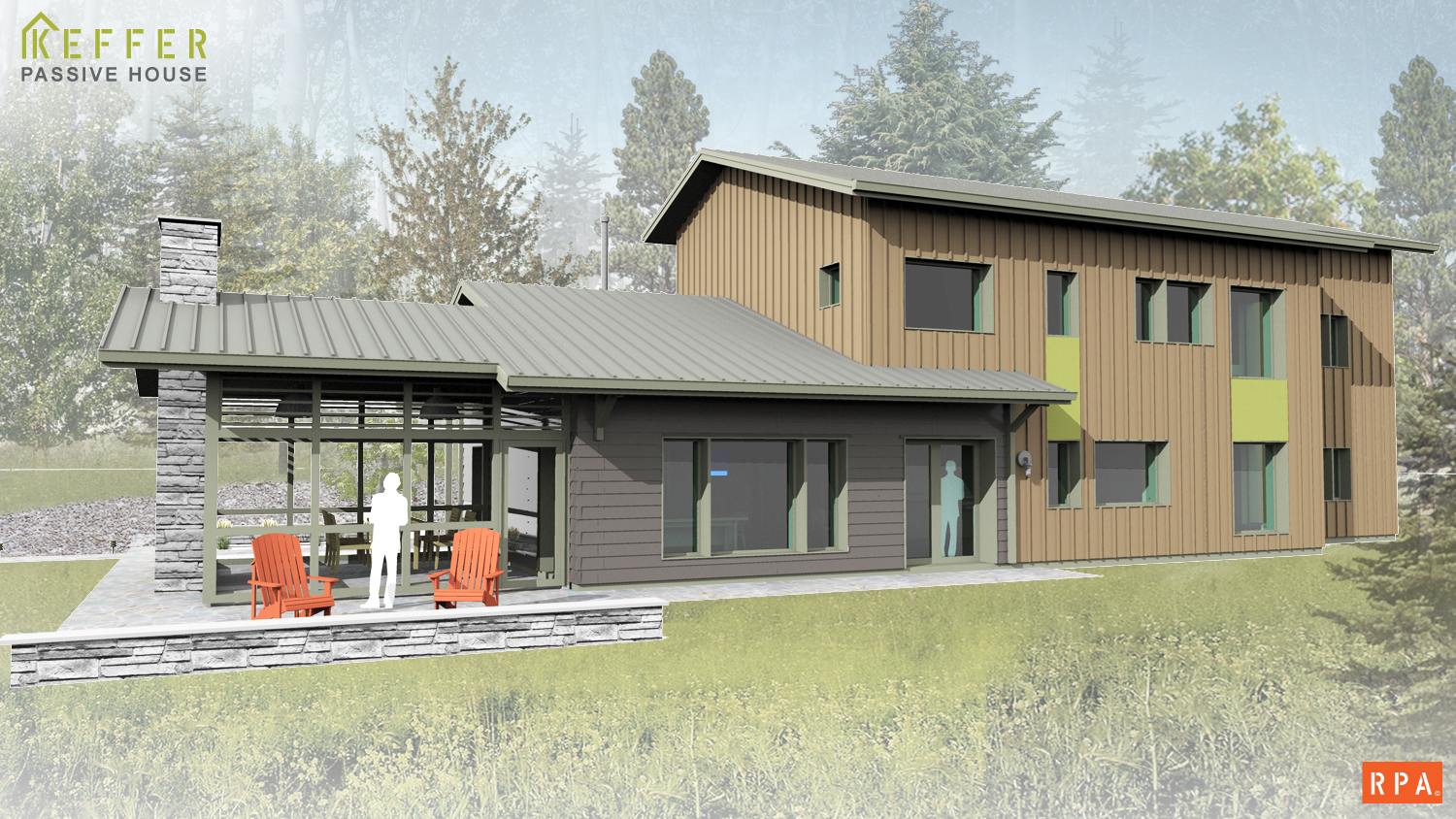 Passive House Cuts Energy Use By Up To 90 Percent MILFORD — The first Passive House is being built in Pike County. It is a super-insulated. Sustainable energy-efficient single-family home. The concept is to heavily insulate to reduce heating and cooling loss, reduce energy consumption 80 to 90 percent compared to a conventional home, and maintain about 72 degrees indoors year round.

Architect Richard Pedranti of Milford designed the house for Tom and Lynn Keffer, who were drawn to the Passive House concept for its appeal of a clean and comfortable living space but also environmentally friendly and in-expensive to maintain over time. Pedranti.  Founder and president of the Richard Pedranti Architect firm based in Milford.

Described a Passive House as being the most energy efficient building standard that is insulated up to four times more than a typical building, with airtight construction to conserve energy, and triple-pane windows and doors to meet strict thermal performance standards and solar heat gain values. When the conservation-minded Keffer’s approached Pedranti two years ago about designing and building an ecologically minded home in a development in the central area of Pike, he introduced them to the Passive House construction that he called “the world’s most energy efficient design.” He said these structures are fairly prevalent in Europe and estimated there are now 150 in the U.S. He finished his first Passive House in Scranton, and the Keffer house is his second project, which is now in the construction phase.

The 2,900-square-foot structure is being built on a one-acre parcel in the Hawley area. There is no basement, so excavation is not needed since the foundation is built on a concrete slab with 12 inches of EPS loam insulation underneath for thermal resistance and eight inches of Pennsylvania perlite, which he called an inexpensive naturally occurring rock used instead of gravel.  Walls arc heavily insulated and nearly 8 inches thick, also creating a benefit of being very quiet inside. The roof has 30 inches of cellulose insulation, which Pedranti called ground up newspapers. The structure needs very’ small amounts of energy input with very low heat requirement and Pedranti said, ‘Think of it like a thermos bottle.” It costs more for insulation, but Pedranti said that is offset by no use of a traditional heat system.  The structure benefits from the sun and internal gains (i.e. body heat from occupants and heat venerated from appliances) to achieve space conditioning. A heat recovery ventilator maintains air quality inside. Pedranti said it’s most important that the home be comfortable with no drafts, no mold, and a constant supply of clean filtered air. He gave an example that if electric service were interrupted for a month, the temperature inside the house would not go below 60 degrees.

Pedranti estimated the initial cost of construction to be up to 10 percent more per square foot than a typical new home, but homeowners can expect savings on monthly utility bills with heating and cooling cost dropping by 80 to 90 percent per year compared to conventional home construction. As the Keffer’s approach retirement from the metro area in New York, they anticipate moving into their new home sometime next spring and enjoying the beautiful rural area of northeast Pennsylvania. Pedranti is licensed in the Commonwealth, New York and New Jersey.