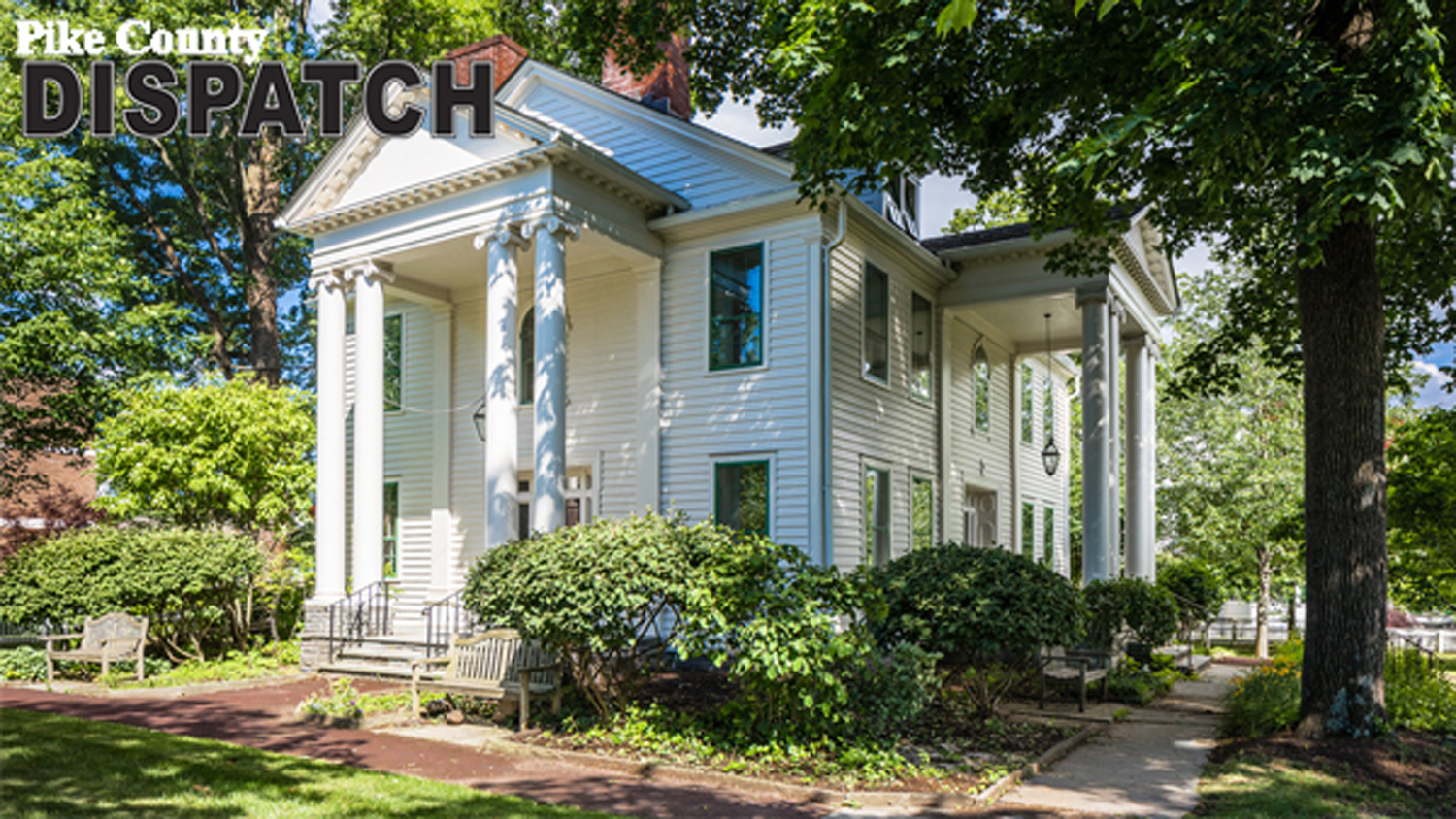 MILFORD — This year’s Greater Pike Community Foundation distribution plan, their most generous ever, was just one part of community enhancements celebrated at a open house at the Community House in Milford Borough three weeks ago.

The enhancements include bringing together under one roof economic-development and community-service agencies, providing public restrooms, and siting a visitors’ information center in the most convenient location in Milford Borough.

The renovation, designed by and completed under the supervision of architect Richard Pedranti, included accommodating space for new tenants: the Foundation, the Pike County Chamber of Commerce, the Pike County Economic Development Authority, Pike Autism Support Services, the local Lions Club and the Milford Garden Club. Other community service groups can access use in the common area.

At the Open House, Pike County Commissioner and Community House Board President Matt Osterberg thanked state Sen. Lisa Baker, and state Reps. Mike Peifer and Rosemary Brown for their role in facilitating a $200,000 Local Share gaming grant that allowed the Community House to add the grant to their own $350,000 investment.

The $550,000 allowed the Community House to complete their long-term plan for a comprehensive renovation of their historic Pinchot family endowment, deeded in the 1920s.
Osterberg also thanked all the other donors, including business development and community-service groups.

The renovation, designed by and completed under the supervision of architect Richard Pedranti, included accommodating space for new tenants: the Foundation, the Pike County Chamber of Commerce, the Pike County Economic Development Authority, Pike Autism Support Services, the local Lions Club and the Milford Garden Club. Other community service groups can access use in the common area. The Community House board presented Pedranti with a recognition for his outstanding renovation. 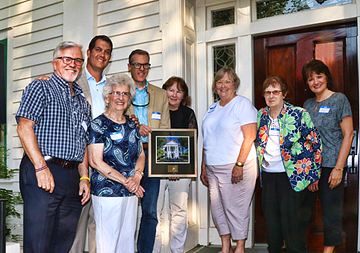 (Photo: The Community House celebrated an Open House in June at which board members thanked state legislators who facilitated a $200,000 grant that the board used as part of a $550,000 renovation project that re-purposed the community House. The Community House is located at the intersection of Broad and Harford streets in Milford Borough. It is the new home of economic development and community service groups, who are tenants. The community House board recognized architect Richard Pedranti (in photo) of Milford Borough for his role in his sensitive redesign of the interior and supervising the renovation. From the left were Pike Commissioner/Community House board President Matt Osterberg, board members Karl Wagner, Ill and Centa Quinn, Pedranti, and board members Jennififer Bennett, Kathe Brannon, Lorraine Gregory, and Carol Osterberg. Other board members were unavailable for the photo.) 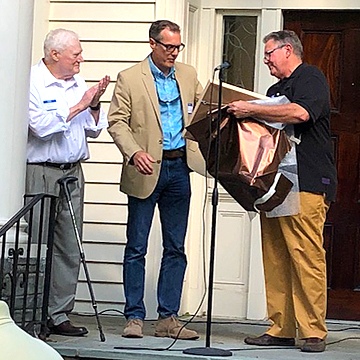 Meanwhile, the Foundation is earmarking $125,000 in grants this year, the most ever in one year, according to foundation board Chairman Jim Pedranti (Richard’s dad).

Since their formation in 2012, the foundation distributed $250,000. The distributions increased dramatically after the endowment from the Richard Snyder Foundation kicked in two years ago. Previously, the foundation depended mostly on the Barbara Buchanan trust fund and other donations.

Jim recalled that the idea for the enhancements and even the formation of the Foundation occurred after PA Route 6 Alliance project representative Terri Dennison triggered a study of Milford Borough.

Dennison said on Monday that prior to 2012, she visited Milford to network with leaders interested in a study on this area as a historic heritage corridor on Route 6.

According to Jim and Osterberg, Dennison presented compelling arguments on study benefits, such as how historic communities might leverage assets, identify needs and weaknesses, help businesses, and build networks to support businesses and residents.

Local leaders agreed to the study, done in 2011, which included surveys and focus groups. Jim said that he got the idea to recruit leaders to form a foundation during the focus-group process. He said, “Two of us invested a couple of thousand dollars for the study. It was a bargain because such a study could have cost $46,000.”

Although the study was done in 2011, the past three weeks saw the second stage of the outworking for several enhancements referenced in the study.

The first enhancement was the formation of the foundation. The second set of enhancements was accomplished in June by the Community House board, which included co-location key business and community services, opening the restroom (not available in Milford previously), and expanding hours for the chamber visitor information center.

After the Pike County Public Library outgrew the Community House, the board reviewed the Pinchot family’s 1920s deed stipulations that the building must remain a resource to support community services, such as a public library and sought ways true the legal terms and the spirit of the deed, and most important, to stay relevant.

The next stage of study enhancements might be to do more to integrate the Delaware River into local and regional marketing plans, noted Jim.